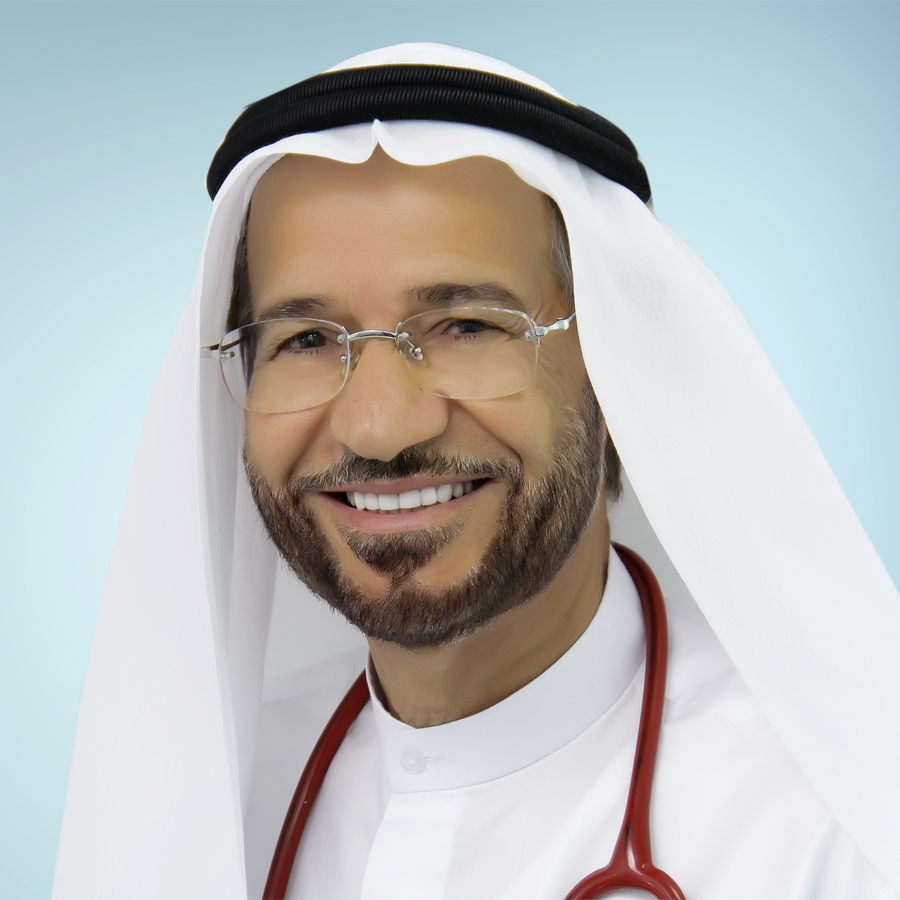 We will not be wrong if we say that Dr. Abdulla is one of the most prestigious and acclaimed Pediatrician in UAE. He started his career in the year 1970 soon after finishing his basic medicine studies. Climbing the stairs in his field of interest, he is now not only a Doctor, but also a professor, mentor and guide for several established and upcoming pediatricians.  Dr. Abdulla has 23 publications and research papers through which he has contributed immensely to the field of pediatrics. He has also authored the book “The Baby and The Life” in year 1990. He has delivered lectures in UAE, Germany, Lebanon, France, Austria, Egypt, Oman, Saudi Arabia, Italy, Switzerland, Turkey, Portugal, Singapore, Belgium, Moscow, Netherland, Thailand, Bahrain and South Africa.

Dr Abdulla started his practice in UAE as registrar and then as senior registrar in Rashid hospital till 1983. In year 1983, he became consultant pediatrician and stayed attached with Rashid Hospital, Dubai Hospital, Al Wasl hospital as consultant and in charge of pediatric department. In year 2001, he was given responsibility to lead Al Wasl hospital as director. Simultaneously he also directed Thalassemia center of Dubai. He was promoted as senior consultant in pediatrics in year 2005. In year 2009, he got appointed as CEO of Latifa Hospital Dubai and lead the hospital till 2014. Currently he is holding honorable positions in Dubai center of special needs, Dubai Foundation for Women and Children, Ministry of Health and Prevention, Central Ethics Committee, Shiekh Hamdan Bin Rashid Award for medical sciences, Al Jalila children Specialty Hospital  .

Centre is closed on Sundays